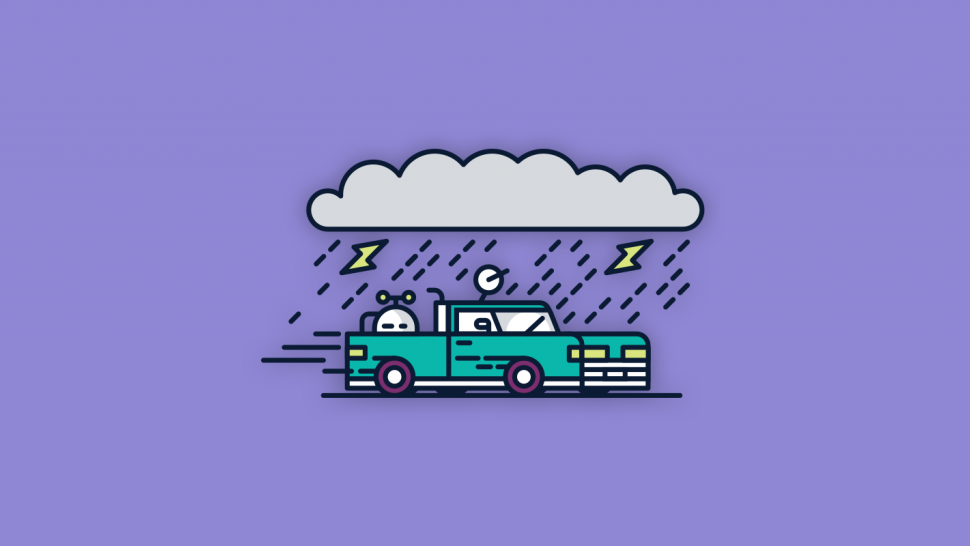 February 23, 2021
by
Sid Balachandran
When the average Joe talks about STEM, they tend to envision an image of a scientist in a white lab coat fiddling with a Bunsen burner, or an image of somebody frantically scrawling equations on paper. And even though lots of great jobs in white lab coats exist and equations are great (so, so great), the world of STEM encompasses much more variety than people realise.

Science, technology, engineering and mathematics infuses and interacts with every single part of our daily lives, and consequently, companies everywhere demand STEM knowledge in a whole multitude of roles.

As well as this, the range of STEM opportunities is huge and it is one of the most lucrative areas for people to work in. Not only has it been reported that students graduating with a STEM-based degree can earn up to 20% more than a non-STEM graduate, but STEM jobs are reported to grow at double the rate of other occupations from last year (2017) to 2023. With this amount of demand in STEM roles, it goes to show that it truly is infiltrated everywhere and so there are a lot of more doors that STEM can open, alongside the more stereotypical ones.

Here at Springpod, we don’t need an excuse to get over-excited by this topic, but we wanted to prove to the non-believers just how varied and fun the industry is and suggest some wacky STEM careers that might tick your boxes. We have delved into the very depths of the internet and hand-picked some of the most weird and wonderful STEM-based jobs out there that you may have never heard of. Or maybe you have, and in that case you’re weird and wonderful and we like you.

The job roles come from all over the world and go to show that our science lab coats can easily transform to superhero capes, or in fact any other cape, in the real world.

There’s not many people out there that wouldn’t like to work with food everyday, so what if you could land a career in the food and beverage industry alongside using your STEM skills? If this wets your appetite, then it might be worth looking into being a Food Engineer. Don’t get us wrong, working in food technology is far from being a food taster 24/7 and isn’t just a job role to indulge in a carb-full life, but we still think it’s a weird and wonderful career path that your mum definitely wouldn’t expect as an outcome of your STEM interest. Being a Food Engineer would mean applying scientific techniques to the creation, production, packaging and preservation of food. Job responsibilities could vary from developing and designing new food equipment to creating new techniques for processing, packaging and preserving food. If you swayed more to being a Food Scientist rather than Engineer, responsibilities may include investigating ways to keep food fresh and safe, as well as testing the safety and quality of food.

The connotations of a hacker imply intrusion and corruption, but the keyword in this job title is ‘ethical’. Ethical hackers are the total opposite of hackers, in the sense that their entire purpose is to put up barriers to prevent regular hackers to be successful in their sabotage. Ethical hackers work for businesses to identify potential security threats and document – rather than exploit – them. Job responsibilities may vary from testing internal servers and systems to documenting weak points in the network. What’s more superhero, STEM-style, than this?

Do hurricanes and tornadoes float (or depending on severity, permanently destroy) your boat? You could be interested in a role as a Storm Tracker, sometimes titled Atmospheric Scientists. Storm Tracker sounds fresh from a Marvel film, but the reality of its role would involved studying the science of storms and gathering data on severe weather conditions like hurricanes, tornadoes, thunderstorms and more. If you’re a bit more hands-on, storm chasers have been known to get close to tornados and other types of weather conditions in order to set up equipment to record its size, speeds etc. If extreme weather conditions is your niche thing (and we’ve all got one), then this one might be just right for you.

Have you always dreamt of cuddling puppies and getting paid for it? Yeah, us too, but unfortunately that’s not a job. But working in the animal sector is and with STEM knowledge, you could become a Zoo Engineer, a career so versatile it would bring you in the lab one day and take you out into the wildlife the next. You would study animals in their natural habitats and assess effects of environment and industry on animals, analysing your findings and coming up with suggestions on how to improve operational processes. So, go ahead; fuel your love for animals with this career.

LEGO has transcended decades as a staple children’s toy. If, like all of us, you’ve always dreamed of harking back to the simpler times of childhood, then this career might be of interest. Huge and highly competitive, LEGO demands the expertise of STEM students requiring both architectural and design skills to assist LEGO products in their journey, from their initial idea and design, right to becoming a full-blown real toy. This might include using software to build prototypes as well as looking at ways to improve processes and standards to continue to push product development.

Potential earnings: £42,120
Gender balance: Females (4%), Males (96%)
Most common subject to get into it: Mechanical Engineering

For lovers of thrills, working in the roller coaster industry might just be the ideal career step for you. In order for roller coasters to become the end-product that we can’t help but scream on, a lot of skilled engineering work has to be put in place, from ride safety to lighting and landscape. Engineering roles needed could include computer engineers who use software to calculate friction and mass, ride spacing for safety and curve size; design engineers who build the aesthetics; structural/industrial engineers using gravity, velocity, and waterflow; and civil engineers who facilitate energy concepts and apply physics principles. Disney World is calling…

Potential earnings: £46,280
Gender balance: Females (5.1%), Males (94.9%)
Most common subject studied to get into it: Mechanical Engineering

Maybe you’re less into fighting extreme weather conditions, but more interested in face, face, face. In that case, launching a career as a Cosmetics Engineer or Chemist might by the right route for you. Being involved in Cosmetics encompasses a lot, including being involved in research as well as product development, where you may invent products ranging from soaps and detergents with special properties all the way to perfumes and fragrances. You also could be involved in process engineering, looking into ways production processes for cosmetics could be improved. So if you want to you’d rather make the Cosmetics world a better place through creating improved, safer and innovative products, then this might be the right path for you.

Ever wanted to be involved in making a real-life WALL-E? (As real as artificial intelligence can be, but that’s a discussion for a whole new blog post…) Well, being a Robotics Engineer might be just the job for you. Robotics Engineers design, test and build robots that are productive and safe to operate, as well as economical when it comes to costing and pricing. Job responsibilities are likely to include conducting research on robotic technology and new robotic systems, analysing robotic systems or prototypes, writing algorithms or programming code for ad hoc robotic applications, and much more. Your ticket to impacting the future of technology could potentially be through this career.

Potential earnings: £46,280
Gender balance: Females (5.1%), Males (94.9%)
Most common subject studied to get into it: Mechanical Engineering

So there they are: our eight favourite weird and wonderful STEM jobs, and don’t they look great? They’re versatile and can take you anywhere from the classroom to a lab. But travelling to the very edges of the STEM universe demonstrates that not only can you be in the classroom or a lab but you can also be spending time with animals or LEGO, working in the food industry, spending your day-to-day life at a theme park, making robots, and much more. All because of science, technology, engineering and mathematics.

With its ever-growing demand and fantastic financial prospects, if you’re going to any party, it should be the STEM one because it’s evidently the place to be.[Statistics found via Labour Market Info]