Sign InGet Started
Blog
/
School
/
All you need to know about choosing a Drama GCSE! 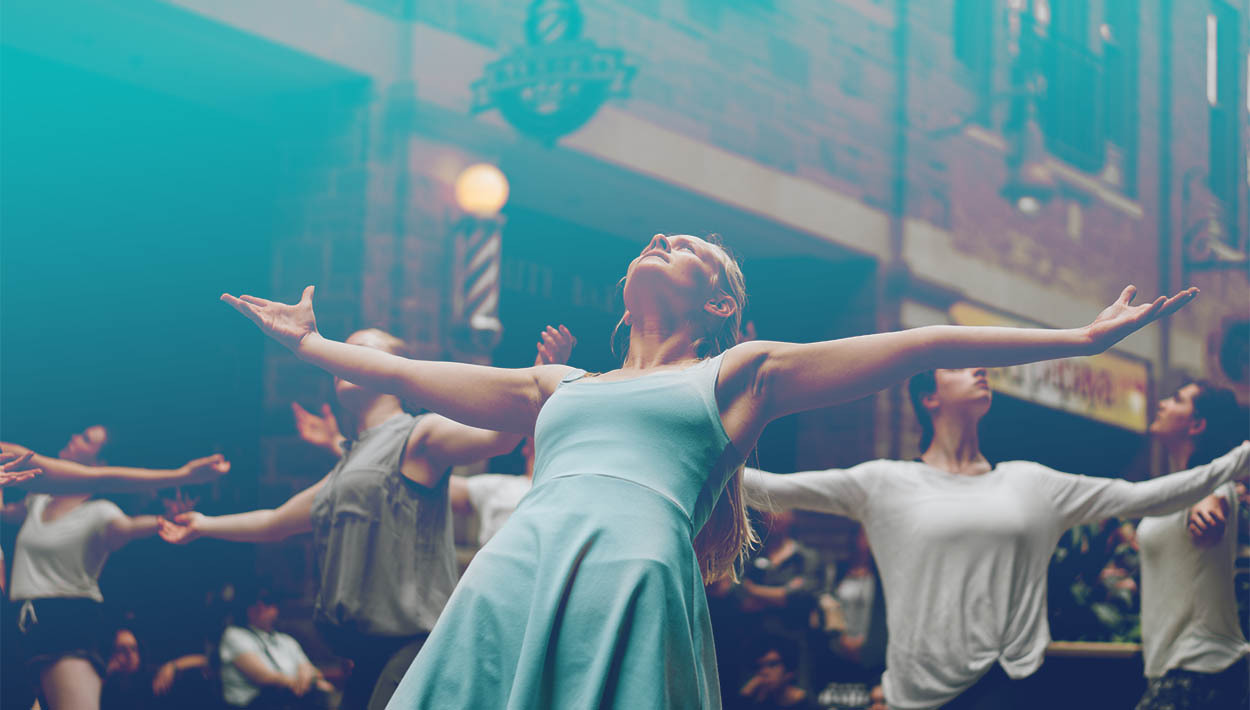 All you need to know about choosing a Drama GCSE!

April 25, 2022
by
Laelih Babai
Did you know that both Samuel L Jackson and Melissa McCarthy got their big breaks in their 40s? And some of our favourite actors like Cameron Diaz, Russel Crowe and Jennifer Lawrence didn't even attend drama school or acting classes? So why study drama? And is it a good subject to choose even if you don't want to work in entertainment?

By completing a Drama GCSE, you'll learn many skills that will make you stand out from a crowd of suits in the business world. It will also set you up with a whole load of life skills that are hard to not be jealous of if you don't have them. We're talking about skills like public speaking, not only public speaking but the nuanced skills that go along with it, like being able to speak clearly and confidently or not being intimidated when presenting to a large group of people.

In your Drama GCSE, you're encouraged to do a lot of introspection (looking inward); part of being a great actor is knowing your character inside and out. You'll need to know your character's motivations, thoughts, feelings and drivers; this requires a lot of empathy (the ability to put yourself in another person's shoes). Empathy is a great skill for life in your personal and professional relationships; it will help you know when to go easy on yourself and others or know when you (or other people) need a kick up the butt!

Another significant part of the GCSE Drama qualification is teamwork; you'll do a lot of it throughout your GCSE. Teamwork isn't just about achieving success as a team; it's about how well you respond to others' ideas, how empathetic you are to other peoples learning styles and how proactive you are when your team is struggling.

In the Drama GCSE, you are given the freedom to let your imagination run wild; there are no wrong answers. It's purely about your own personal interpretation; if you think Lady Macbeth was totally misunderstood, then no dramas (pun intended)! Another unexpected upside of having this freedom to explore is that you'll also learn time management skills and the ability to motivate yourself, which are also key employability skills.

What do you do in Drama GCSE?

The Drama GCSE is split into three parts:

Devising and coursework - here, you'll create your own original piece of theatre and provide some coursework to support your choices.

Scripted performance - a short extract from a published play to an examiner who will mark you on your performance on the day.

Written exam - at the end of Year 11, you will complete a written exam, the first half of this is answering questions about a play that you will study across the two-year course and the second half will be evaluating and reviewing a live theatre production that you'll go to see as part of your GCSE.

How does the Drama GCSE work?

As we said above, your GCSE Drama course comprises three components, but how are you tested, and how much weight is given to each section? We're here to help.

1. Understanding drama (40% of the GCSE) - this part is a written exam where you'll be assessed on your knowledge and understanding of how theatre is developed and performed.

2. Devising drama (40% of the GCSE) - in this practical component, you'll be given a stimulus; you'll then (in pairs) have to write a duologue (a play with speaking roles for two actors). You'll be assessed on several elements, from how well you've documented the making of your play to how well you collaborated with your assessment partner.

3. Texts in practice (20% of the GCSE)  - in this practical component, students are assessed on their ability to apply theatrical skills in a live performance.

In our other GCSE articles, we usually talk about how you can revise for your GCSE, but it's pretty hard to revise for a performance. So what are some rehearsal techniques you can use to make sure you know your character inside and out and that you're giving the best possible performance you can? Below we've listed our five favourite rehearsal techniques that will ensure you give a nuanced and review worthy performance.

1. What happens if…in this technique, actors put themselves in the character's shoes and explain how they would respond if… in certain scenarios. This could be anything from realising they'd left the oven on to hearing the news that a distant family member had passed and they were set to inherit a fortune!

2. Inner thoughts, this technique requires a director (or third party). While acting in a scene, the director will shout out 'inner thoughts/motivations'. The actors must explain their character's thoughts, feelings and motivations.

3. Testing emotions, this technique can easily be turned into a game. Write down 10 different emotions on a piece of paper and throw them into a hat. Use the pieces of paper to inform how you'll act out your next scene. For example, let's say it says 'anger', angrily act out your next scene, starting from mildly frustrated and ending in furious! It will help you develop a palette of emotions for your character.

4. On the spot, politicians are the most familiar with this concept! So take a leaf out of their book during your rehearsals. One actor should sit in the hot seat and answer questions from the other group members whilst in character.

5. Repetition, repetition and repetition, this one can mean all actors end up a little doolally, but the aim is to ensure your performances play off each other. In this technique, actors should study each other and mimic (or repeat) what the other does; this could be as simple as raising an eyebrow or as complex as acting as though they have just witnessed a robbery.

Springpod is here to help students, and although we don't currently have any programmes specifically designed to help you get top marks in your Drama GCSE, we can point to a load of resources that will. Have a look at our favourites below!