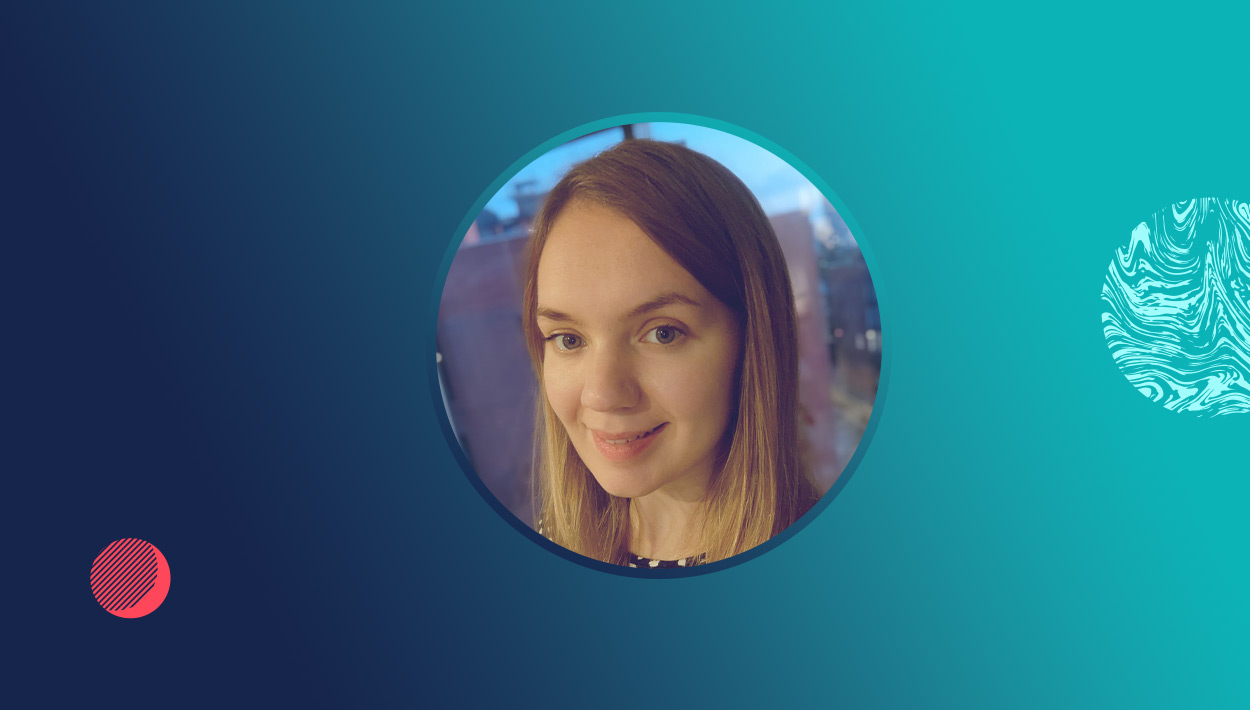 November 25, 2021
by
Georgina Bracken
Women in Tech Week: Rebecca O’Hare is our UX Lead here at Springpod. She’s responsible for mapping out the student user experience, from logging in to finding virtual work experience programmes and even applying for an apprenticeship. In her spare time, she loves taking the odd online course or two (right now it’s water painting), as well as binge-watching sci-fi series on Netflix. In order to create awareness for Women in Tech Week, we’ve brought to you an exclusive interview with Becky as she reveals details surrounding her academic journey, the obstacles she has faced and advice on how to pursue a career in Tech.

Firstly, can you start by telling us a little bit about your academic journey Becky?

Originally, I wanted to work as a translator, so I went to The University of Liverpool to study Modern European Languages (French, German and Spanish). After graduating, I decided to pursue a career in marketing and so studied a CIM Diploma in strategic marketing. After a few years, I became interested in how websites were used to convert people to customers and so I started learning about user journeys and user personas (which is all part of UX design).  I spent some time working as a Digital Learning Designer before completely transitioning to UX Design.  I’ve been working with Springpod for just under 6 months within the Growth team to identify issues as well as creative solutions to help make sure that Springpod is the go-to place for young people to take control of their future.

Who would you consider to be your role models?

I wouldn't say that I have a specific role model - instead, I tend to admire characteristics in different people. I like to find traits in people that I admire and work towards building skills. For example, I’ve got a friend who is an amazing public speaker and so I try to figure out how she does it and emulate that.

It’s really interesting to be asked this question because I often have to remind myself that I do actually work in tech - and I think that’s the issue. It’s a misconception that in order to work in tech you have to be a programmer. There are lots of jobs in tech that require skill sets that are not always as obvious as ‘being able to code’ and both women and men are missing out on great opportunities because of this.

What obstacles, if any, have you faced in your career so far?

I never saw myself as a ‘creative’ person and so I didn’t always have the confidence to give my opinion, as I thought others were more qualified than me. Obstacles can be subtle in as much as they can be obvious. It was really important for me to learn not to create additional barriers for myself in addition to those that may already exist. Fortunately, I’ve met lots of supportive women and men who have encouraged me along the way and I hope to do the same for others too.

What's one piece of advice you'd give to your younger self?

Don’t feel like you have to be perfect at something to start with - just start.  My education was quite formal and so I had the mindset that I had to know or read everything about a subject before I was qualified to have an opinion on it - but that’s just not true, especially in UX Design. For me, the skill is being confident in what you do know whilst also being aware of what you don’t yet know. Thinking this way helps to build a learner’s mindset, which will help you develop your skills faster (and with less of a headache!)

What advice would you give to someone wanting to pursue a career in the industry?

I’d suggest three things: firstly, don’t be afraid to just start working on something. It doesn’t have to be the most perfect piece of work but you’ll learn a lot by just giving it a go.

Secondly, I’d suggest finding a group to join and network with. When I first decided I wanted to work in UX full time, I found an amazing group called Ladies that UX Liverpool who host events to share best practices and support others.

Thirdly, it’s important to be able to showcase your skills, but I’d suggest not becoming obsessed with proving everything you’re learning; instead, focus on building your skills and your work will speak for itself.

If you’d like to gain further knowledge and insight into the world of Technology and interact with industry professionals like Becky during live webinar sessions, then check out Springpod’s Technology programme here.